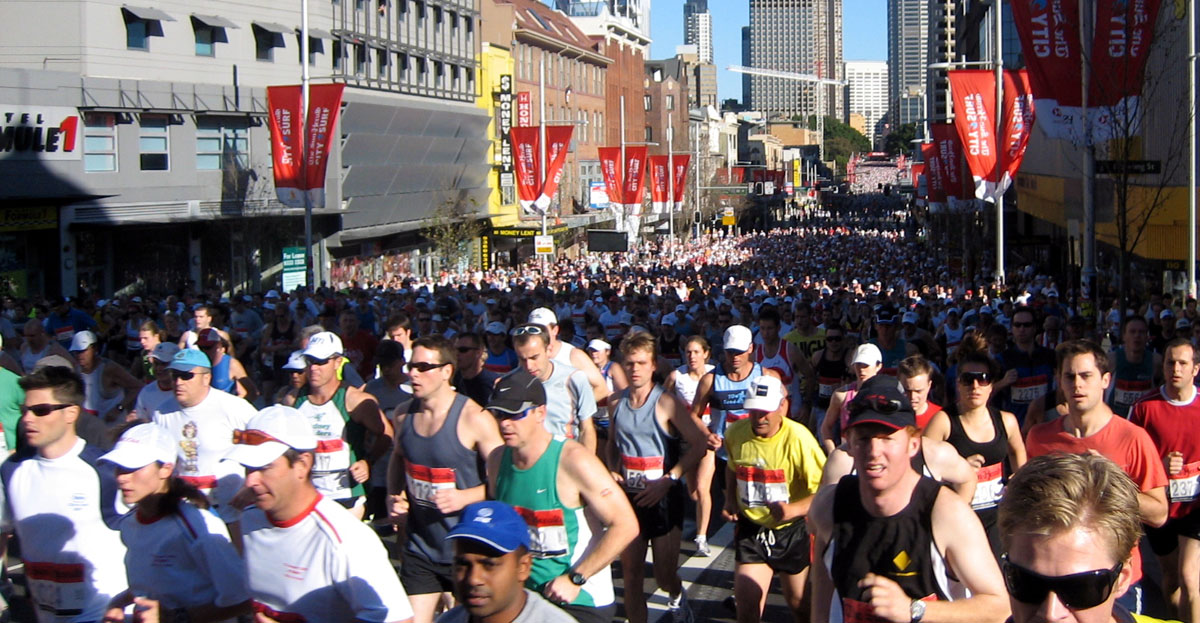 Did you know Sydney gets 50% more annual rainfall than London? London gets around 550mm of rain a year compared to 710mm in Sydney – just wanting to bust some myths that it is always sunny and dry in Australia as in the past couple of weeks I’ve seen a huge amount of rain here in Sydney!

Looking for somewhere to live

Aside from dodging the rain I have spent the past couple of weeks training for the City2Surf run and looking for a new place to live – I am not sure which has been harder!

My plan is to move into a guesthouse type place where, for a weekly fee, you get a room and shared facilities, ie kitchen, bathroom, living area, etc, etc. Purely because there are more of these places than there are flats that are happy for someone to move in for just three months (although I have looked at a couple of flats too)

So I have seen Petersham Guesthouse (basic, but ok), a flat in Balgoulah (ok but difficult to get to without a car), Casa Radiante (very convenient as minutes from my work, but too much like a hostel), Zodiac Lodge (not bad) and three other places in Glebe, Carlton and Sydenham.

Just when I thought all was lost, I found a nice, clean, reasonably priced and well located place to live and I will move in there tomorrow – all will be revealed in my next blog!

Taking part in the biggest race in the world

As I mentioned the other thing I have been doing is training for the City2Surf run and that turned out to be a really great event.

The City2Surf is an annual event that starts in the Centre of Sydney and ends at Bondi Beach, covering a total of just under 9 miles.

My flatmate Ian and I were both running and thankfully we were able to walk from our flat in Neutral Bay to the start in the Sydney CBD. The place was absolutely swarming with people making their way to the start line and I soon found out just how busy it was – a record 80,000 people entered the event making it the biggest timed race in the world!

Now there was a problem as anticipating a huge turn out we had go to the start area about an hour before the 9am start time. However a combination of me over hydrating myself ahead of the race and the cold morning temperatures meant I had to use one of the hundreds of portaloos a couple of times before we started.

As a result I literally started at the very back of 80,000 people (see top photo for an idea of how many people ran this race)! In fact I was so far back that by the time we had all moved up George Street to the official start line the first runners had actually finished (it took the just over 40 minutes)!

I then spent literally the next 70 minutes weaving in and out of people walking, people pushing wheelchairs, people with babies in prams and eventually finished in 1 hour 10 minutes, which I was very pleased with. In fact I finished 7,776th out of 67,938 finishers – putting me in the top 12% of finishers!

It was fantastic fun and there was constant support all the way around – that combined with me having to focus on all the people I was running past meant the time went really quickly. After the race a few of us stayed out for some beers and there was a wonderful atmosphere in all the pubs and bars we went into as practically everyone in them had just finished the race!

I’d recommend it if you get the chance.

Aside from that I have been working and packing my stuff up to move into my new place. I’ve moved a few bits and pieces in and will move the remainder in tomorrow when I officially move in. Tonight I am heading out with Pete and some others for a few drinks and then going back to his to watch Everton v Blackburn and staying over