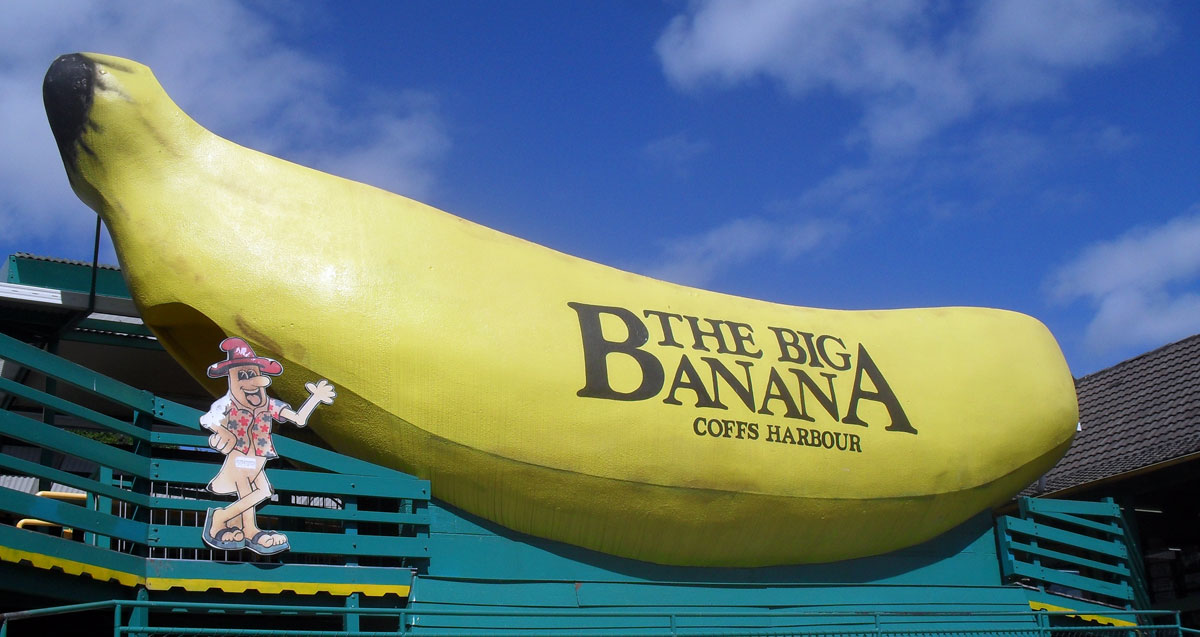 Our East Coast odyssey has continued over the past week and we have worked our way through some picturesque Australian towns along the coast to arrive in Byron Bay, where we are now. It has been fairly plain sailing apart from the time I nearly broke our car…

We left Newcastle on Friday (12 February) around 10am and arrived in Port Macquarie about 1.30pm. Port Macquarie seemed laid back even by Australian standards – probably explained by the fact it is a retirement and holiday destination. There are lots of beaches dotted around and it is apparently also known for its koala population.

Having found this out after arriving we visited the Koala Hospital in the town, which was great. We had a free guided tour and the enthusiasm and love of those working there was very evident. As you can probably tell by the name they care for, and nurse back to health, sick koalas. Koalas must be one of the cutest animals around and I will never tire of seeing them! Also the Koala Hospital doesn’t get any government subsidies and is built entirely on fundraising and volunteers – so if you are in Port Macquarie I’d urge you to visit.

We grabbed fish and chips in the evening (very disappointing again!) and headed back to our accommodation – we stayed at Flynns Beach Caravan Park and had a nice caravan between the three of us for about the same price we’d usually pay for a hostel bed and had our trust car, Waggy, parked right beside the caravan.

It was also here that we discovered something rather random about Australian TVs – along with all the usual channels you can also play tetris on them! So rather than spending the evening watching TV we spent it playing tetris – it is too addictive!

The following day, Saturday (13 February) was the day I almost broke the car. It had been a nice relaxing day when I’d wondered around the small CBD of the town and had a stroll along Flynn’s Beach (lovely and very quiet). Mary made us some nice Chilli Nachos for dinner and after that I decided to leave Ben and Mary at the caravan and drive back into the town and go to the cinema.

I parked up and watched the George Clooney film ‘Up in the Air’, which was very good and quite apt as one of the central themes of the moving was traveling. Anyway after the film I walked back to the car where, to my horror, I discovered I’d left the lights on and the car’s battery was dead!

By this time it was 11pm, so I had little choice apart from to leave the car there and hope I could find my way back to our accommodation which was about 2.5 miles away, and then I’d had to deal with the car in the morning.

I made it back and in the morning said to Ben and Mary – “if you look outside you might notice something is missing…” – I then preceded to explain to them the story and how the car was in the centre of the town with a dead battery.

Ben and I jumped in a taxi into town and discussed on the way our options and how much it would cost to get it running again. With much trepidation when we got to the car I tried the key and… it started! We kept it running and headed back to pick up our stuff and leave Port Macquarie – feeling very relieved!

To celebrate we stopped in at Cassegrain Winery on the way out of Port Macquarie and had a quick wine tasting – which was much appreciated.

We stopped for a night in Nambucca Heads – a tiny town that is also apparently another popular holiday and retirement spot. We stayed again in a holiday park, and had a wander along the beach. It was really just a stop off to break our journey up to our next location – Coffs Harbour

Coffs Harbour is a town of almost 70,000 people that sits almost halfway between Sydney and Brisbane. It is the 25th biggest city/town in Australia and kept up an odd tradition that seems to greet you in most Australian towns you reach – big things!

For instance so far we have been greeted by a Big Miner (arriving in Ballarat), a big rolling pin (Wodonga), a big gold panner (Bathurst), big headphones (Newcastle) and now a big banana in Coffs Harbour!

After a few days in Caravan Parks, which were thoroughly enjoyable, we were back in a good old YHA. Big plus of this one is it had a swimming pool, which was much appreciated in the heat. We had two nights in Coffs Harbour, the first night we had a nice barbecue and then the next day (yesterday) Ben went surfing and I explored the town centre.

It is a nice town and I found out a little more about the ubiquitous Big Banana alongside the road as you enter Coffs Harbour – apparently Coffs Harbour used to be the hub for a thriving banana industry, so the big banana is a celebration of the regions best known export. It was also one of the first of Australia’s big things – being erected in 1965.

ON TO BYRON BAY

Anyway we left Coffs Harbour this morning and arrived in our next stop Byron Bay at 1.30pm. Ben and Mary dropped me at my hostel and they are staying at a campsite. We plan on staying here for a few days so will see what they bring.

4 thoughts on “The One Where I Almost Broke Our Car”