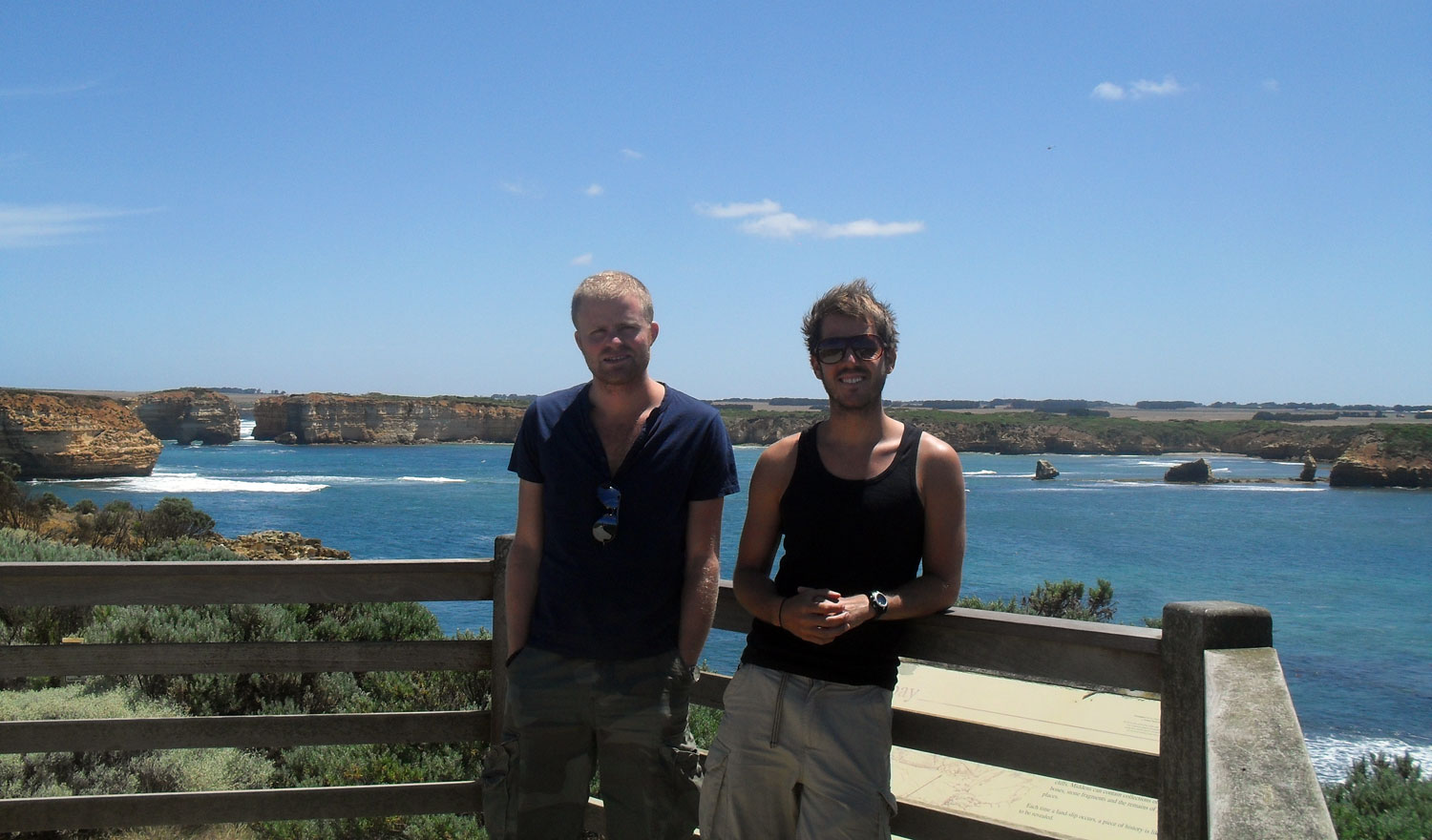 So two major updates – after two months apart Ben, Mary and I reunited on 20 January at Adelaide airport and we have bought a car!!!

A NEW ADDITION TO THE TRAVELING FAMILY

I arrived in Adelaide at about 6pm on 20 January and Ben, Mary and I spent the evening catching up on our travels – they had been to Malaysia and then New Zealand, and their tales of New Zealand have made me very excited for my visit there. We even treated ourselves to dinner out.

So on Thursday (21 January) we set about our main priority for our three days in Adelaide – buying a car! We had decided that this would give us more freedom than the alternative, which was buying a bus pass, and hopefully at the end of our trip we would be able to sell it and not lose too much money on it.

The oppressive 40 degree heat made wandering around car lots more of a chore than it would have been at home, but eventually we made our choice and we shelled out $4,000 (so $1,333 each) on a Daewoo Station Wagon that we have ingeniously nicknamed Waggy!

We celebrated buying it by driving to Glenelg Beach in Adelaide and having good old fish and chips (Australian fish and chips, so far has been VERY disappointing I must say).

The past few days have been amazing as we have spent them driving the Great Ocean Road – one of the most scenic stretches of road in the world. Pictured the M25 on a cold, grey, wet January morning and now picture the exact opposite of it and you have the Great Ocean Road!

It is an 151 mile stretch of road, the majority of which, as you can imagine from the name, hugs the coast. So we have basically spent our time driving on a largely empty road, alongside the sea, occasionally passing through picturesque seaside towns and pockets of rainforest, past beaches and lighthouses, in the warmth of the sun.

We have also been lucky enough to find two of the best hostels of our trip so far. After leaving Adelaide we drove to a lovely small town, about six hours away, called Halls Gap in amongst the picturesque setting of the Grampians National Park. If you like walking and hiking, I can imagine this would be the base for some amazing walks.

Anyway we only had one night here, but we were lucky enough to spend it in the Grampians Eco YHA, a futuristic type wooden building, complete with solar panels, woodburners, an amazing kitchen and lounge area and, when we were there, not that many people. We made our dinner and then watched Platoon on the hostel video player!

Our luck was obviously in, as we left Halls Gap to drive the Great Ocean Road to Apollo Bay, another small seaside town, where we stayed in the Apollo Bay Eco YHA Hostel – this was also lovely! It had an amazing kitchen area and a lovely rooftop veranda you could sit out on and eat and drink with a view of the sea.. We did just this and really got stuck into the goon (cheap Australian wine), which we combined with a game of Trivial Pursuits and this ended up in us all going to bed slightly drunk!

We went from Apollo Bay to Lorne, and at risk of sounding like a broken record here this was another amazingly pretty seaside town, albeit slightly bigger and busier than either Halls Gap or Apollo Bay. We made the most of this and wandered down to the beach to do a spot of sunbathing and then headed back to our hostel where we had a barbeque for dinner.

After a night in Lorne our next stop was Torquay, where we arrived yesterday. Bigger than Lorne, Torquay is very much a surf town and Ben took advantage of this when we went to the beach by having a surf. I just sat and relaxed in the sun!

Yesterday (26 January) was also Australia Day – the National Day of Australia. It marks the anniversary of the 1788 arrival of the First Fleet of British Ships at Port Jackson, New South Wales, and the raising of the Flag of Great Britain at Sydney Cove by Governor Arthur Phillip.

We celebrated in typical backpacker fashion – we had a barbecue and drank goon with a few of our hostel mates, watched Andy Murray beat Rafa Nadal in the Australian Open Quarter Final and then watched a Jean Claude Van Damme film!

Today (27 January) we are leaving Torquay for the big city – we are heading to Melbourne!

6 thoughts on “Roadtripping – Our Journey on the Great Ocean Road”