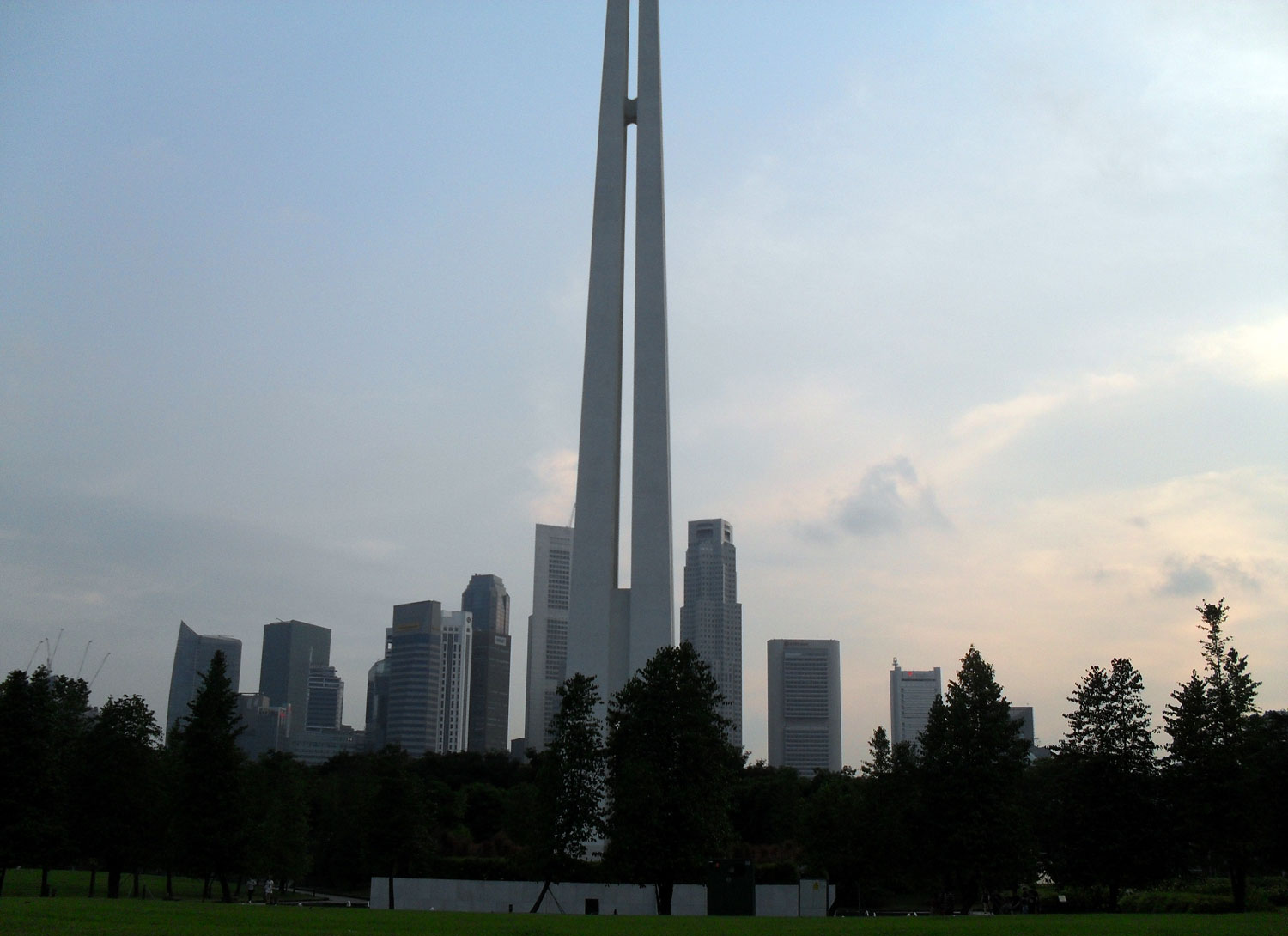 Just a quick update as I sit in Changi Airport in Singapore waiting for my delayed flight to Perth. We were meant to fly at 1.10am, but apparently there has been a problem with the plane’s braking system, so we are waiting for a new plane and due to leave at 3.30am. I love this airport though so it isn’t the worst place to wait – I’ve already watched a film (Matchpoint) in one of the airport cinemas!

THE PERILS OF CHEAP ALCOHOL

At the end of my last diary entry I mentioned how Tutts and I were meeting up with some of our backpacker friends for a few drinks on our one night in Kuta – it ended up being a much bigger night than either of us planned.

We met up with Jamie whom I had travelled in Vietnam and also the three English girls we met in Gili T. We went to the Sky Bar, which has an all you can drink beer for 50,000 Indonesia Rupiah (about £3.25p) offer and stayed there until 3am – and we saw the Swedish girl again (see my Wake in Fright blog entry for more details)! I then got back and packed my bag and went straight to Denpasar Airport to get my 7.30am flight to Singapore – I would not advise this to any would be backpackers!

CHANGI MUSEUM – A MUST VISIT

It was quite comforting to be back somewhere I now knew a little bit and I checked into the same hostel – Sleepy Sams B&B. I had a wander down to the river and in the evening I went for a curry in the Little India district.

Little India was very busy, but cheaper than the other parts on Singapore I have been to. There were lots of colourful temples and some really bright and vibrant markets. I had a really tasty curry, and after such a busy few weeks it was quite nice to relax by myself. I think travelling has definitely made me more comfortable in my own skin – not sure if eating by myself is something I would have done at home.

Yesterday I visited the Changi Museum. I didn’t really know what to expect, but I have to say I am so glad I went. It might not quite be on the same scale of the Tuol Sleng Genocide Museum in Cambodia but I would strongly recommend that if you are in Singapore you go here.

The museum is dedicated to Singapore’s history during World War II and it commemorates the Prisoners of War who were imprisoned here and suffered terrible treatment at the hands of the Japanese who had invaded Singapore.

It is hugely sobering to look at the exhibition and read the stories of suffering, but also hope, of those people that were kept here. There are a series of letters, photos, drawings and other artefacts. There is even a replica of the original Changi Chapel that was built by the inmates as a place for worship and reflection.

It is easy to get to and there is no entrance fee (although I left a donation) – for me it is a must see if you come to Singapore.

Yesterday evening I found somewhere on the Quay to watch the football (Everton v Liverpool) but the 2-0 defeat for Everton was made even more painful by the fact I’d paid £7 for a beer!

THE END OF PART ONE

And that pretty much takes me up to where I am now. I spent this morning doing a few things I need to catch up on, ie washing and drying and burning some CDS and then I got a taxi to Changi Airport. I arrived about 8pm – it is such a peaceful and relaxing place!

So this brings to and end the first part of my travels I guess. The two and a half months I have spent in South-East Asia have been incredible – I have met some fantastic people, seen some amazing places, tried many new foods and learnt a lot, both about history and also myself.

So it is with a mixture of sadness and excitement I wait for my flight to Perth. I am sad to leave South-East Asia behind, but am really excited to get to Australia and experience all it has to offer, oh and also get away from all the street hawkers – they don’t have those in Australia right?!

4 thoughts on “Return to Singapore”