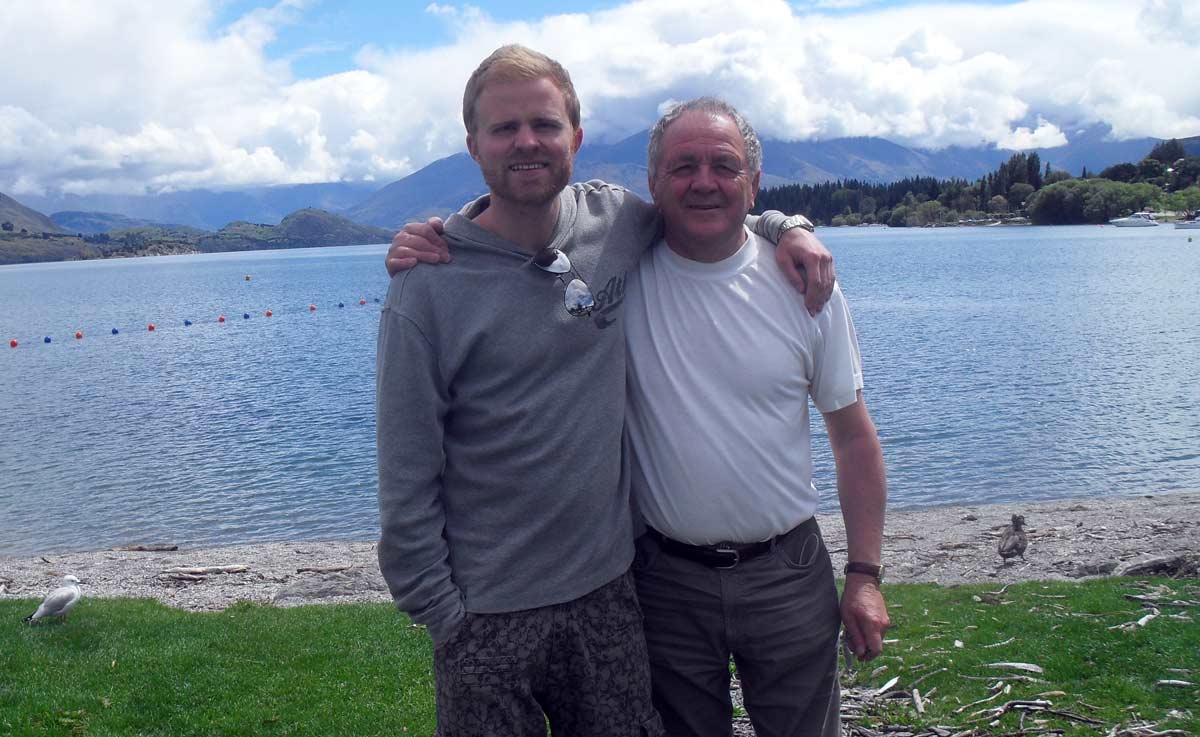 The past week has just reminded me why I love the South Island of New Zealand so much, not least because Queenstown is one of the best towns in the world! Also lots of friends from home have been here for the wedding, so it is has been fantastic.

The most scenic airport in the world?

For anyone after a picturesque airport then Queenstown is right up there with Luang Prabang in Laos as the most scenic airport I have visited. It is set amongst snow-capped mountains and near to Lake Wakatipu. It sets the scene for one of the prettiest towns you ever likely to visit.

Anyway as you well know I love Queenstown. The town is so vibrant and full of life I genuinely defy anyone not to have fun there. It is just so beautiful and there is so much to do.

Matt and I arrived and checked in Southern Laughter – the hostel I stayed in on my previous visit to Queenstown – on Monday (14 February) and then the proceeding days have been a series of meeting with friends – old and new.

I’ve caught up with friend Sarah from the Kiwi Experience bus, who now lives and works in Queenstown. At the same time Charlotte, who was also on the Kiwi bus arrived in Queenstown, so we all had a day drinking in the sun! And on the same day Alex and George, who I met right at the start of my travels in Laos were in Queenstown, so they joined us on what became a bit of a pub crawl. To top it off another friend from home arrived for the wedding that day too!

The highlight of our brief stay in Queenstown came yesterday (Thursday 17 February). This was when the whole bridal party arrived – Pete, his brother, his dad and numerous friends and family. We all went down to the Kawarau Bridge to watch Pete, his dad and his brother do the bungee jump!

I’ve been here before, when I was in Queenstown in April, but it is so fascinating watching people do the bungee jump. Pete, et al, did it the right way – straight up and off the ledge, unlike some who teetered on the precipice for minutes trying to work up the courage to throw themselves off, but only succeeding in making themselves more nervous.

We headed back to Queenstown where the sun was shining and we then firmly ensconced ourselves in a bar where we all downed a few drinks ahead of the wedding. I knew most of the people in the group and it was a great time. As night came some headed down to Clyde where the wedding is, whilst the rest of us carried on drinking. We went to a terrible strip club and then to the Buffalo Club (near our hostel) for a wet t-shirt competition before we all stumbled home about 2am.

Getting married in the morning

So today we will be heading shortly to Clyde. We’ve been on the Gondola here today and the Luge to kill sometime (and have some fun). Queenstown is a unique place, when we were going bars last night it was almost like we were locals despite the fact we had only been there four days – everyone is so friendly. I am very jealous of my friend Sarah as she gets to live and work here!

Anyway for now we are getting ready to leave and prepare for the wedding tomorrow.