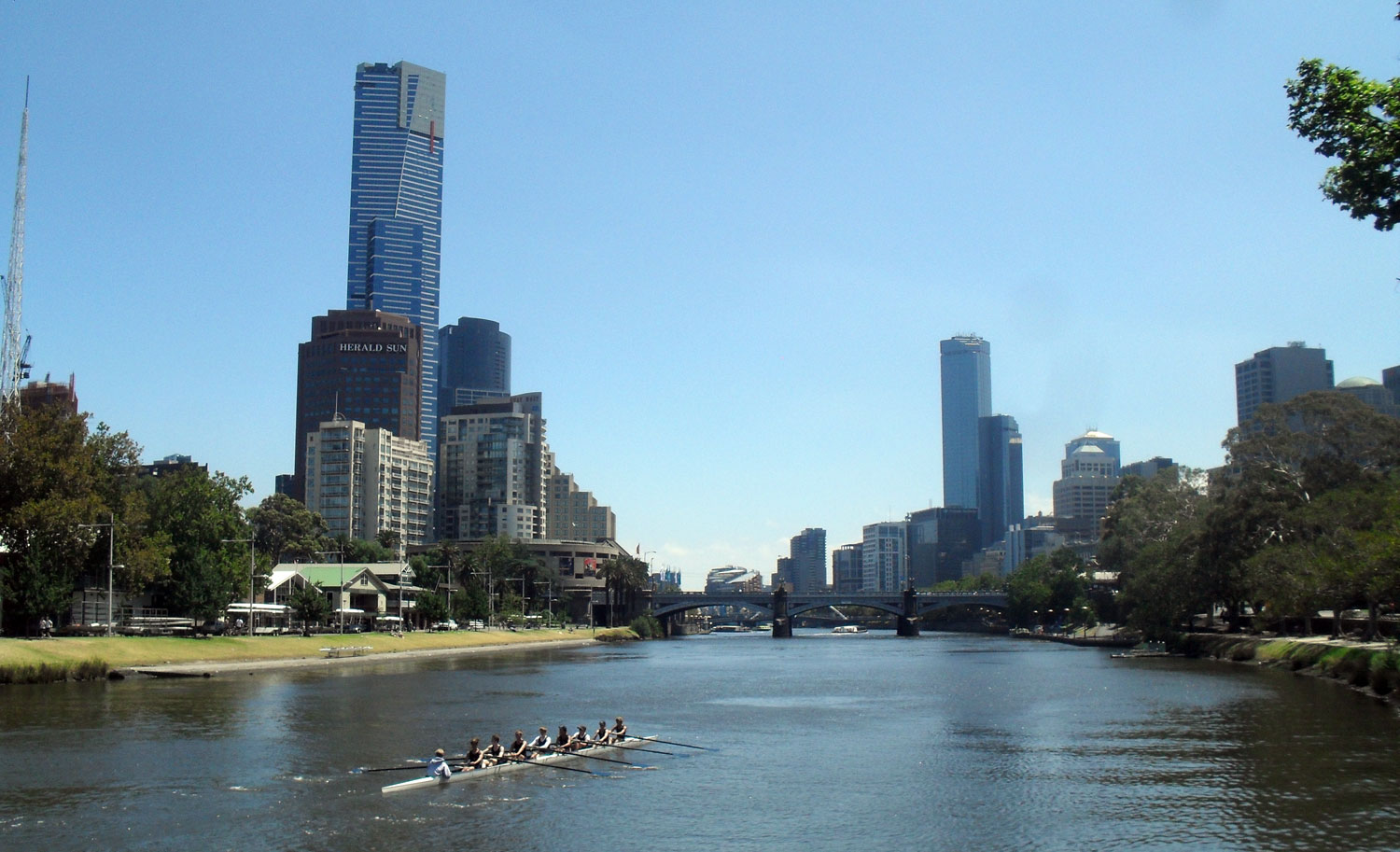 Our time in Melbourne has been a real mix of the good, the bad and the ugly, overall it has certainly been memorable!

We arrived in Melbourne about 2pm on 27 January and checked into our hostel – the Melbourne Metro YHA. This was the third YHA we had stayed in within a week and it matched up to the previous two we stayed in on our awesome journey along the Great Ocean Road – it was clean, it had great facilities and was in a top location. On top of this though it had the most amazing roof garden with views across the city – it is a hard life being a backpacker sometimes!

On our first day we had a wander around Melbourne, and my first impressions were that it is a city the oozes cool! Lots of kooky bars, cafes, shops, art galleries and right on the Yarra River. I saw all kinds of restaurants – Asian, Middle Eastern, Chinese, African and there are a multitude of lanes that reveals even more hidden gems in terms of shops and eating places.

AN EVENTFUL DAY AT THE AUSTRALIAN OPEN

Aside from it’s culture Melbourne is also a very sporty city and this was shown by the fact that our few days there saw the Australian Grand Prix taking place and also the Australian Open Tennis. I have no interest in motor-racing and neither do Ben or Mary, but we all wanted to try and get along to see some tennis being played. And that we certainly did!

So on our second day in Melbourne (28 January) we paid $19 (About £14) for a ground pass for the Rod Laver Arena to see the Australian Open. This basically meant we could wander around the Arena and the 20 courts and watch as much tennis as we wanted – with the exception of the main two courts which we weren’t allowed in to.

It was a great day and we got to see the Williams Sisters, the Bryan Brothers and Laura Robson amongst many others. We then settled down to watch Andy Murray v Marin Cilic on the huge screen within the Arena. We were sitting watching a great game unfold when, towards the end of the fourth set with Murray two sets to one up, we noticed people leaving. So we asked for their tickets and managed to get in to watch the last couple of games as Andy Murray beat Cilic to get to the Australian Open Final – a great end to a great day. Not only that we got to witness one of the greatest shots in tennis history!

One downside of all this sport, along with a number of other events going on in Melbourne, meant hostels were all booked up. We could only stay in the Melbourne Metro YHA for three nights and then we needed to find somewhere for our last two nights in the city (we wanted to be there for the Australian Open Final and I wanted to catch up with my cousins who live there).

Finding somewhere for the last two nights proved to be tough, but eventually we found somewhere that sounded really nice – Coffee Palace Hostel in the beautiful St Kilda district of Melbourne, right near the beach and it was also recommended in the Rough Guides book.

Our delight at finding somewhere apparently nice to say was dampened considerably when we arrived at about 10am and found a group of backpackers drinking beer on the steps to the entrance. We then checked in and dumped our bags in our dirty rooms and met back up in the common room area. If the drunk backpackers on the steps wasn’t a good sign, then as we sat down and talked about how horrible this place was we could hear a girl crying behind us, whilst her friend consoled her by telling her to try and be positive as it was likely they would ‘never stay in a hostel as horrible as this again’.

Thankfully I had arranged to meet my cousins Georgia and Renee – the daughters of my aunt and uncle who I stayed with in Tasmania, so this meant we could leave the hostel! I had only seen them once a few years ago in England, but we all got on really well and sat in Fitzroy Garden’s drinking and enjoying the scorching heat. We headed out for a Japanese meal and then Georgia took me on to an apparently legendary gay bar called The Peel, which was an eye opening experience!

The upshot of all of this was I stayed over night in Georgia’s flat rather than heading back to the hostel and when I saw Ben and Mary yesterday I was extremely glad of this. They told me a story of their nightmare night which involved some rather noisy ‘nocturnal activities’ from their roommates whilst another managed to lock himself in the ensuite bathroom and spending an hour noisily trying to get out. Things got so bad that at 6am in the morning Mary got up and walked down to the beach where she sat crying, saying she wanted to go back to Indonesia!

Thankfully yesterday improved somewhat and in the evening we got a tram back into the city where we made our way to Federation Square – a public space in the centre of Melbourne where a huge TV screen had been erected and hundreds of people had gathered to watch Murray v Federer in Australian Open Final. Federer won, but there was a great atmosphere and some good natured banter between those supporting Federer and those supporting Murray. What’s more I actually got a decent night’s sleep when I got back to my hostel.

This morning (1 February) we are leaving Melbourne to head to Canberra. I’ve really liked Melbourne, it has more of a cosmopolitan, artsy feel than Sydney and some lovely shops, markets and cafes. The St Kilda district was great too, however I have one word of warning for anyone coming here, do not stay in the Coffee Palace Hostel – I didn’t see any coffee during my time there and it most definitely ISN’T a Palace!Save