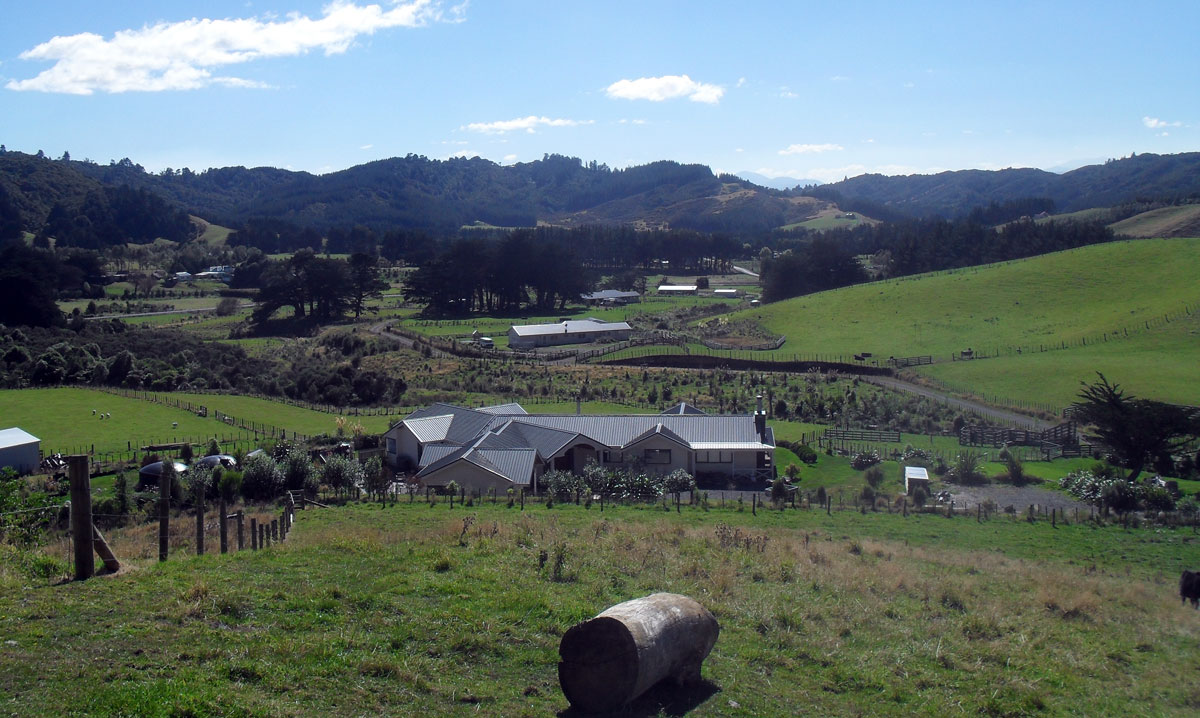 My time in Wellington was significant for two reasons. It allowed me to catch up with a sporting legend and it taught me that under no circumstances should I ever play golf again.

On the way from River Valley to Wellington we stopped in a little town called Bulls, which would be fairly non-descript apart from its numerous puns, ie the sign for the Police Station says Consta-bull, the sign for the Medical Centre says Cure-a-bull and the sign for the church says Forgive-a-bull. It had a few nice cafes and was a fun way to while away 30 minutes or so.

Our arrival in Wellington was greeted with rain and cold weather. Sizewise the capital of New Zealand pales into insignificance when compared to Auckland (400,000 residents compared to around 3.5million) but there seems to be just as much going on as we passed museums, theatres, galleries, bars and restaurants aplenty on our way in.

I stayed in the trusty old Wellington YHA and on my first evening caught up with Sophie and Libby whom I had met back in Australia on our Fraser Island trip. We went for a few drinks down the bohemian Cuba Street – a mix of cages, micro breweries, independent fashion stores and more. It was so trendy I felt out of place! Was good to see Sophie and Libby.

The next day I was fortunate enough to catch up with FC Sporto legend Geoff Glazebrook! To explain, FC Sporto was the name of the Sunday football team me and a few friends started up back in Kent seven years ago. We duly climbed from Division Seven of the local Sunday league to Division One in seven years and Geoff played a big part in that.

He managed us for a few seasons and also his son played for us. In fact despite being in his mid-40s Geoff even came off the bench on a few occasions and still proved to be a handy player bagging a couple of goals.

A couple of years ago he retired (from work not football!) and moved to New Zealand and I’d been emailing him regarding meeting up. I called him in the morning and he arranged to meet me in the afternoon. I took the opportunity in the meantime to have a proper look around Wellington and also visit Te Papa – The national museum and art gallery of New Zealand. The musuem is full of art, heritage, interesting and funny displays and objects and is totally free. If you make it to Wellington you must visit here.

Geoff picked me up at 4pm and took me up to his house just outside of Wellington, which was is absolutely stunning! He has plenty of land, some animals and a very relaxed and enjoyable life by the sounds of it.

Geoff and his wife Jackie were perfect hosts and we sat and chatted and I ate a delicious home cooked meal before retiring to my luxurious bedroom where I got a great night sleep. The following day Geoff took me out quad biking, which was the perfect activity for me. Doing a skydive or bungee doesn’t appeal to me and as I am not a confident swimmer I am not too keen on water based activities. However quad biking was great as there is a certain amount of adrenaline flowing the veins when you do it and it is great fun.

My second night with Geoff was my last there. I got a really good night sleep again and then Geoff invited me to play golf with him and his mates today. When I was about 14 I got a set of golf clubs and played for about a year, but I never enjoyed it and was never particularly good. So when Geoff asked if I had played golf I said yes. In hindsight of should have said no as it would have saved me at least some embarrassment.

The ensuing four hours were the longest of my life as I hacked, scuffed and airshotted my way around the 18 holes. I was so glad when the pain was finally over and we got back to the clubhouse to have a couple of beers – I should have just stayed there instead of playing golf! After that we said our goodbyes and Geoff dropped my back at the YHA where I am now preparing for an early start at 7am tomorrow to get the ferry across to the South Island.

Geoff and Jackie – you were perfect hosts and a great way to end my journeys on the North Island of New Zealand. I am very much looking forward to heading to the South Island tomorrow which I have only heard amazing things about.

4 thoughts on “Meeting a sporting legend!”