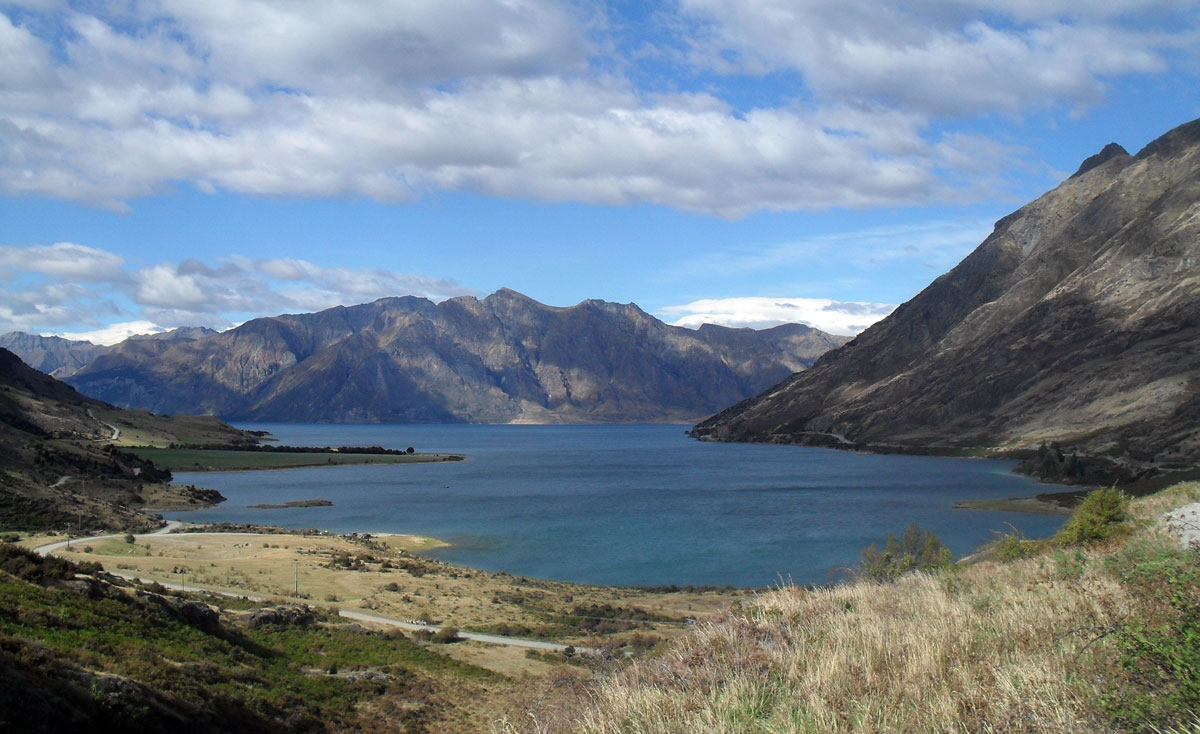 I’ve been up to a real eclectic mix of things over the past few days ranging from the ‘Poo Pub’ Party, to climbing a glacier and navigating my way out of a maze, oh and falling more and more in love with the South Island of New Zealand.

So after leaving Westport we had one night in the Mahinapua Hotel next to Lake Mahinapua. On the way we visited Cape Foulwind and the Pancake Rocks, another impressive set of natural phenomenon and stopped in Greymouth for that evening’s big event – the ‘Poo Pub’ Party – the theme of which was bad taste. Greg and I just picked up a collection of dodgy clothes from the charity shops in the town and then we wound our way to Mahinapua.

Just to explain the Mahinapua Hotel is also known as the ‘Poo Pub’ on account of the pronunciation of its name – Ma-he-na-poo-a. The ‘Poo Pub’ party is a bit of an institution amongst backpackers, due to its rough and ready décor and the legendary owner – 85 year old Les Lisle!

Anyway we got to the ‘Poo Pub’ and got into our bad taste clothing and then had a meal at the pub and then the party began! It was a great night and there were some fantastically bad costumes. I spent most of it talking to Rachel and we (along with everyone else) got extremely wasted. I vaguely remember swigging wine from a bottle by the end of the night!

The pub is extremely old school – like stepping into something from the 50s and the owner Les is a real character. The pub was closed to the public, so there was only us Kiwi Experience guys and girls in there and I think I can say everyone thoroughly enjoyed it (probably a little bit too much judging by people the next morning on the bus when we left!).

We headed from Lake Mahinapua to Franz Josef. Franz Josef is a tiny town on the West Coast of the South Island, that is a major tourist attraction for one main reason – the Franz Josef Glacier – which is about 3 miles from the town. In the main season, around 2,000 people stay overnight in the town to climb the glacier.

We had two days in Franz Josef – the first of which was spent getting ready for the Glacier Hike and the second was spent doing it! On the day of the hike we were up at 8am and got a bus to the Glacier and then got geared up – leaving at 10.45am.

The hike is really easy and quite an experience to get up close and personal to a glacier – something I’ve not done before and probably won’t do again. We were fortunate to have perfect weather conditions and although it seems strange climbing a glacier in shorts, by the time you get going you work up a sweat very quickly!

The views were incredible and we made it down just as the clouds came over so it was all very well timed! Franz Josef is a nice little town too, which obviously has the benefits of being nestled in amongst the mountains – so everyone you look are amazing views (much like everywhere I’ve been so far on the South Island).

Beautiful Wanaka, home of the best cinema ever

Our next stop was Wanaka and if I thought the South Island couldn’t get any prettier I was wrong – set around a beautiful lake and in amongst the mountains, Wanaka is another picture postcard town. Again it is quite small, but it offers a whole host of activities from skydiving to mountain boarding.

We arrived yesterday (Saturday) and within minutes of arriving at my hostel I was greeted by another familiar face from back home. My friend Leon and his girlfriend Michelle were also traveling New Zealand at the same time and after a couple of false starts we finally ended up being in the same hostel at the same time!

On Saturday evening we to possibly the cutest cinema ever – the Cinema Paradiso – which is in the middle of Wanaka. We went to see Sherlock Holmes there, but really the film we saw was inconsequential as the cinema is worth going to see on its own.

It is a completely different experience from going to a big chain cinema in England (mentioning no names, *cough *cough Odeon *cough) – there are no standard seats just a series of really comfortable couches and even an old VW Beetle you can sit in to watch a film. You can buy delicious homemade cookies and ice cream and take a beer in and there is even an intermission! Overall a brilliant experience and a very cosy one at that – if you are in Wanaka come and watch a film here (even if it is a film you don’t want to watch!).

Puzzling World – A great way to spend a day

Today we went to Puzzling World in Wanaka and again this was amazing! Puzzling World has a series of rooms with illusions and puzzles (surprise surprise) that challenge your perception and your eyes. We had great fun watching each other stand at seemingly impossible angles, watch a pool ball roll UP a table into a pocket and have trouble completing the simple task of walking from one end of the room to another on what looked like a flat surface.

We then moved on to the outdoor maze which was even better and even more challenging! The aim here is to get to all four towers and then find your way out. On paper I thought this would be easy, but after wandering around in circles for the best part of an hour I found myself getting more and more annoyed that I couldn’t do it. It took me ages to even find the way out let alone reach the towers!

We spent so long in Puzzling World, it made the $18 admission price definitely worth it. Again if you are in Wanaka I’d say make sure you make it here.

I had a quick wander around the town when I made it back from Puzzling World (to de-stress from the maze experience) and then later I am going to head out for a couple of drinks with Leon and Michelle and some of the Kiwi Experience guys.

Tomorrow we head to Queenstown and although I’ve only spent two days in Wanaka it has made a big impression on me.