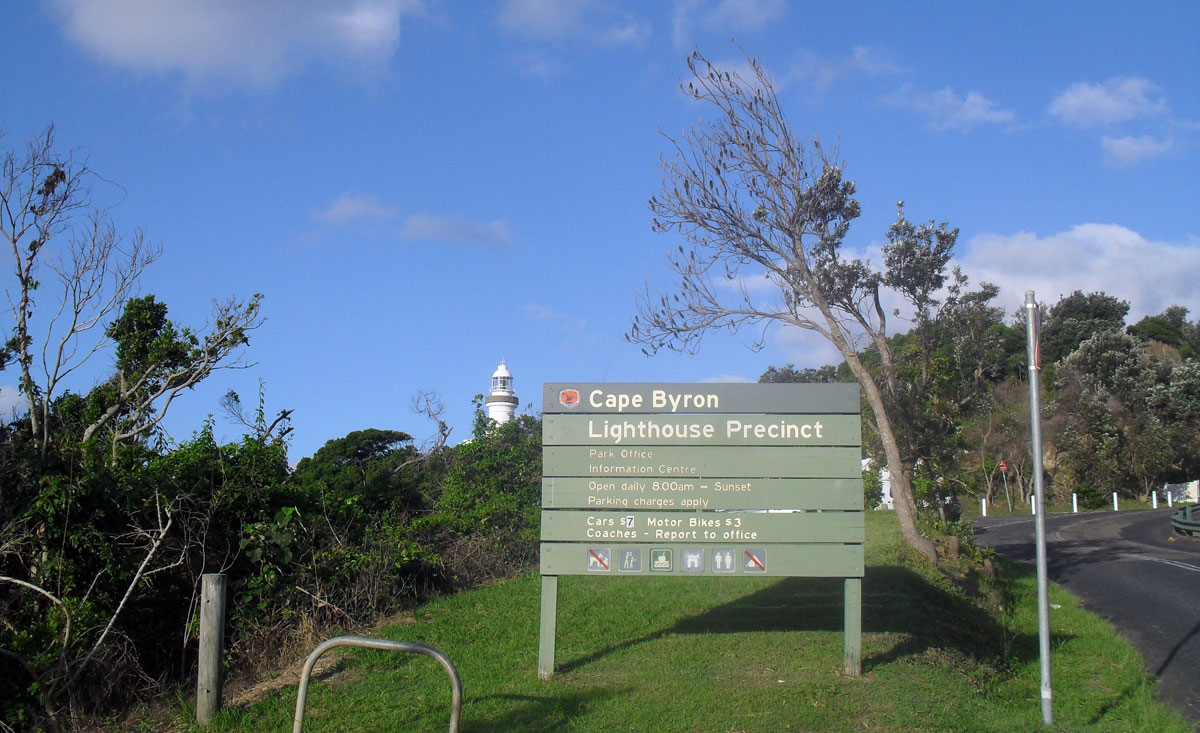 The last week was mainly spent in Byron Bay and involved a well used routine of going to the beach, going out for drinks and exploring the town. It was good to get to Byron as, for a place so small (its population is under 5,000), it has almost a big reputation amongst backpackers.

It is pretty obvious why Byron is so popular – it is the laidback, hippified vibe of the town. It is filled with yoga retreats, vegan cafes, smoothie shacks and people carrying surf boards to hit the waves at the beach. I’ve had a good time here, but my favourite moments have been when I have got away from the riotous madness of the town centre.

I opted to venture from our usual YHA hostel and stay in a Nomads hostel – Nomads are another chain of hostels that have a reputation for being a bit more party orientated – whilst Ben and Mary stopped at a local campsite. The hostel was very sociable and this was proved on the first night when Ben and Mary joined me to have a few drinks in the hostel beer garden before we headed on to the infamous Cheeky Monkeys Bar…

Cheeky Monkeys is a backpackers institution and Ben told us stories about it from when he was in Australia before back in 2003. It has a reputation of being Byron Bay’s wildest bar and sure enough when we went there there was dancing on the tables, drinks offers, and lots of very drunk people stumbling around. To fit in we all got pretty drunk too and had a thoroughly enjoyable night!

On Friday (19 February) we carried out our usual fish and chips test and got our usual disappointing results – I am beginning to think we will never find a good fish and chip place in Australia! Saturday was a great day – I went over to Ben and Mary’s campsite for a nice dinner and then a whole group of us including people from my hostel and Ben and Mary’s campsite ended up in a pub called the Rails where we preceded to get very drunk, but more importantly watched Everton thrash Manchester United 3-1!

What you must do if you come to Byron Bay

My last full day at Byron was my most enjoyable – I wandered from the town up to Cape Byron Lighthouse. The lighthouse is the most powerful lighthouse in Australia and is reached by a very picturesque 2 mile walk. It is also located at the easternmost point of the mainland of Australia.

It was nice to escape the hubbub of the town, and as I mention the walk to the lighthouse is beautiful and once you get there the views are just incredible. I was lucky enough to be there as the sunset and it was sublime – the walk is steep but not overly so and I’d thoroughly recommend anyone who comes to Byron visits here.

On the border in Coolangatta

We left Byron on Monday (22 February) and I must say I was glad to get away. After stopping in so many sleepy little towns on the way up from Sydney it was almost a shock to the system to be back in a busy place with so much going on. I think I could probably have spent a couple of less days in Byron, but there you go, I can’t complain when I am living such an enjoyable backpacking life!

From Byron we drove up to Coolangatta, which meant we crossed over the border from New South Wales and are now in Queensland! Coolangatta is primarily beach and surf town and has a beautiful white sand beach across the road from the CBD. It is also right on the timezone border so if you lived in Coolangatta and worked in neighbouring Tweed Heads, which is about half a mile away you would lose and gain an hour everytime you went to work or came home from work!

Been spending most my life living in a Surfers Paradise…

We have spent a lot of our two days in Coolie on the beach or playing each other at table tennis at the hostel. Also, along with our fish and chip Fridays, Tuesdays has now become our traditional pizza day, as Dominos have a special offer that night for $5 pizzas – which is exceptionally cheap by Australian standards and gives us a night off from cooking.

Anyway today (Wednesday 24 February) we are leaving Coolangatta and driving up to Surfers Paradise, unfortunately we have torrential rain again and even more unfortunately I have the Coolio song Gangsters Paradise stuck in my head on repeat!

Looking forward to seeing Surfers Paradise, even thought I don’t like surfing it is such a confident name!