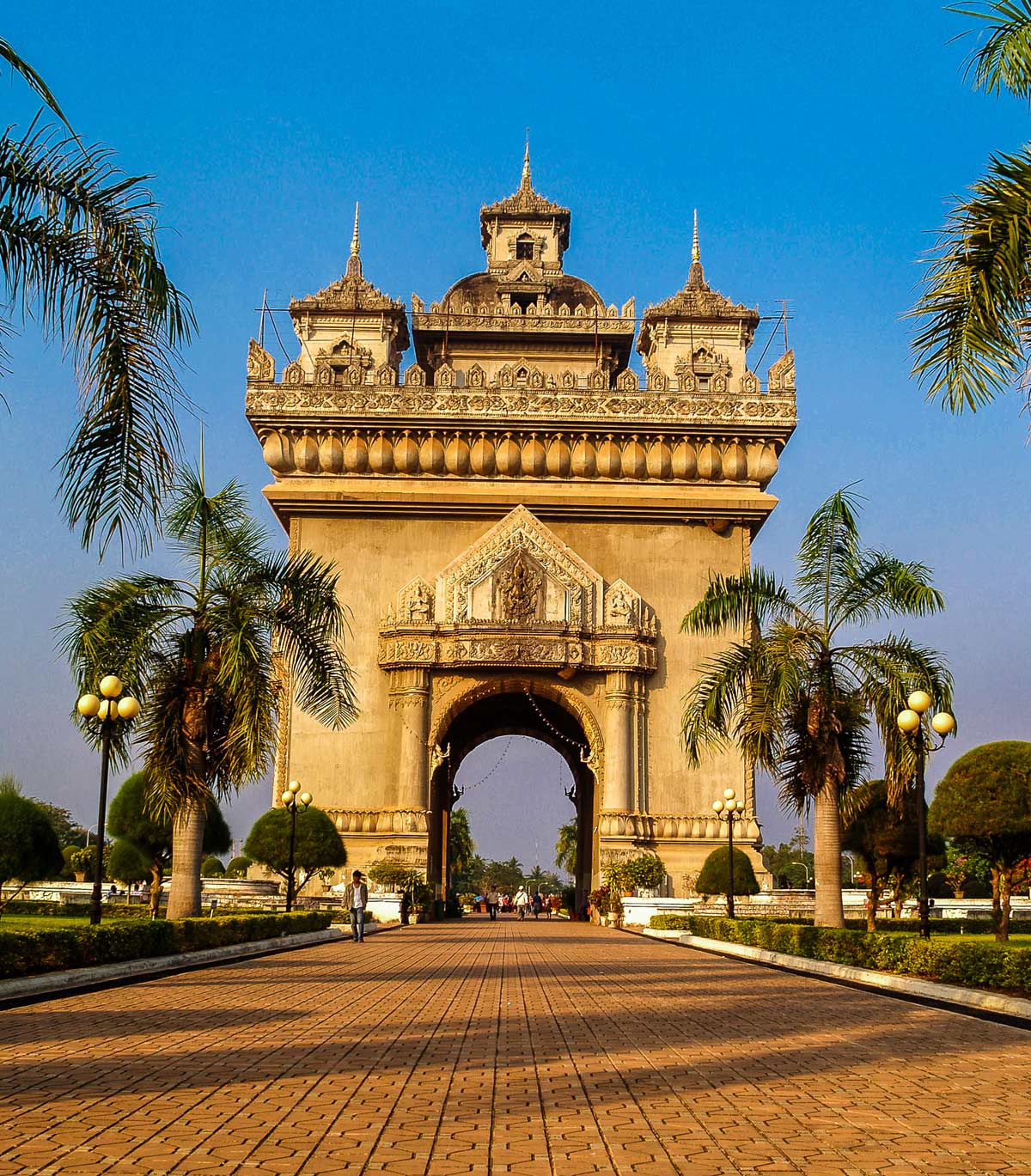 My last few days have been spent doing a mini tour of Laos cities with the odd interesting experience or two mixed in. It has been a bit of a whirlwind tour, so I am now really looking forward to arriving at the 4,000 Islands where I should be in a few hours.

I left Vang Vieng on Friday and got a bus to Vientiane, the capital of Laos, arriving about 2pm. I was only staying one night in Vientiane so booked my bus to Savannakhet the next day and then later that day I went to see the COPE Visitor Centre which I HIGHLY recommend.

COPE stands for Cooperative Orthotic & Prosthetic Enterprise and it is a non-profit organisation that provides prosthetic limbs, mobility assistance and rehabilitation for Lao people suffering from the consequences of a terrible nine year period in the their history.

Between 1964 and 1973, during the Vietnamese War, the US army dropped over 2 million tonnes of bombs on Laos during 580,000 bombing missions.

This is the equivalent of a planeload of bombs every 8 minutes, 24 hours a day, 365 days a year for nine years. Hard to get your head around right? That makes Laos the most heavily bombed country per capita in history.

Up to 80 million of these bombs didn’t explode and each year there are around 50 casualties as a result of these undetonated bombs (the number was much higher – 310 back in 2008). In fact since the war ended in 1973 20,000 people have been killed by these unexploded bombs – the vast majority children.

The Visitor Centre tells you all about the devastating consequences of these bombing missions, the impact it had on individuals, the problem that still remains, what COPE are doing & much much more.

It really is a compelling place to visit and admission is free. I left feeling much the same way I did when I came out of the Tuol Sleng Genocide Museum in 2009 – stunned.

I was up early the next morning to get a bus to Savannahket. We left about 9am on a public bus which was an old double decker coach, with the passengers made up mainly of locals with about ten of us Westerners all sat at the back.

It was a long journey and slowly the Western contingent dissipated one by one until the last remaining Westerners (bar me) got off at Nong Bok. Leaving me at the back of the bus on my own until we got to Savannakhet.

However I wasn’t worried as I knew Savannakhet is a big old city, the second biggest in Laos after Vientiane, finding my accommodation I had booked there would be easy. Or so I thought.

Is this really Savannakhet?!

At about 8pm the bus pulled into a dusty street with nothing but a few makeshift stores lining it and nothing else. A bit frustrated about the bus stopping for a rest stop so close to my destination I got off. As I was getting off a woman said to me in broken English ‘Savannakhet’ and nodded. I looked at her and repeated it back, pointing out to the ramshackle hut by the side of the road. ‘Yes’ she smiled, ‘Savannakhet’.

I got off and looked up the street, after the few stores it was pitch black with no sign of anything else anywhere around it, most certainly not a city with a population of just under 100,000 people!

I questioned the lady again and she insisted this was Savannakhet and then pointed to a man by a car on the other side of the road. As I walked over to him the bus drove off!

I wandered up and down the little road trying to find someone who could tell me how far Savannakhet was, but even when I showed them my guidebook with Savannakhet written in Lao no one seemed to understand.

With visions of having to sleep by the side of the road with my backpack I wandered back to the original man who gave me the 10,000 kip, in one last attempt to find out exactly were I was. As luck would have it a younger Lao girl was there who spoke reasonably good English. I told her I was going to Savannakhet and she told me they would take me!

I put my backpack in the back of the car and they drove me into Savannakhet, which was a good 40 minute drive away. They dropped me right by my Guesthouse and didn’t ask for any money!

Mad dogs and an Englishman

I wasn’t in Savannakhet long but it seems a strange old city. I wandered around the city Saturday evevening and yesterday morning and for a place with a population of around 100,000 it was very quiet! In fact the thing I will take away most is the amount of scary looking rabid dogs that barked at me down practically any street I went.

I decided to fly to my next stop – Pakse, as it was very cheap and only took 30 minutes rather than spending a number of hours on a coach.

With a lack of things to do I got to Savannakhet airport very early. So early in fact that I was literally the only one there for an hour or so (not even members of staff)

I arrived in Pakse about 5.30pm yesterday and made friends with a German couple in the baggage claim area of the airport and we shared a taxi into town and stopped at the same hotel and then went out for a couple of drinks afterwards.

This morning I am currently waiting for a bus and a boat to take me to the 4,000 Islands – a group of islands in the middle of the Mekong River.

They are meant to be very nice – so I am excited to see this part of Laos I have never seen before.