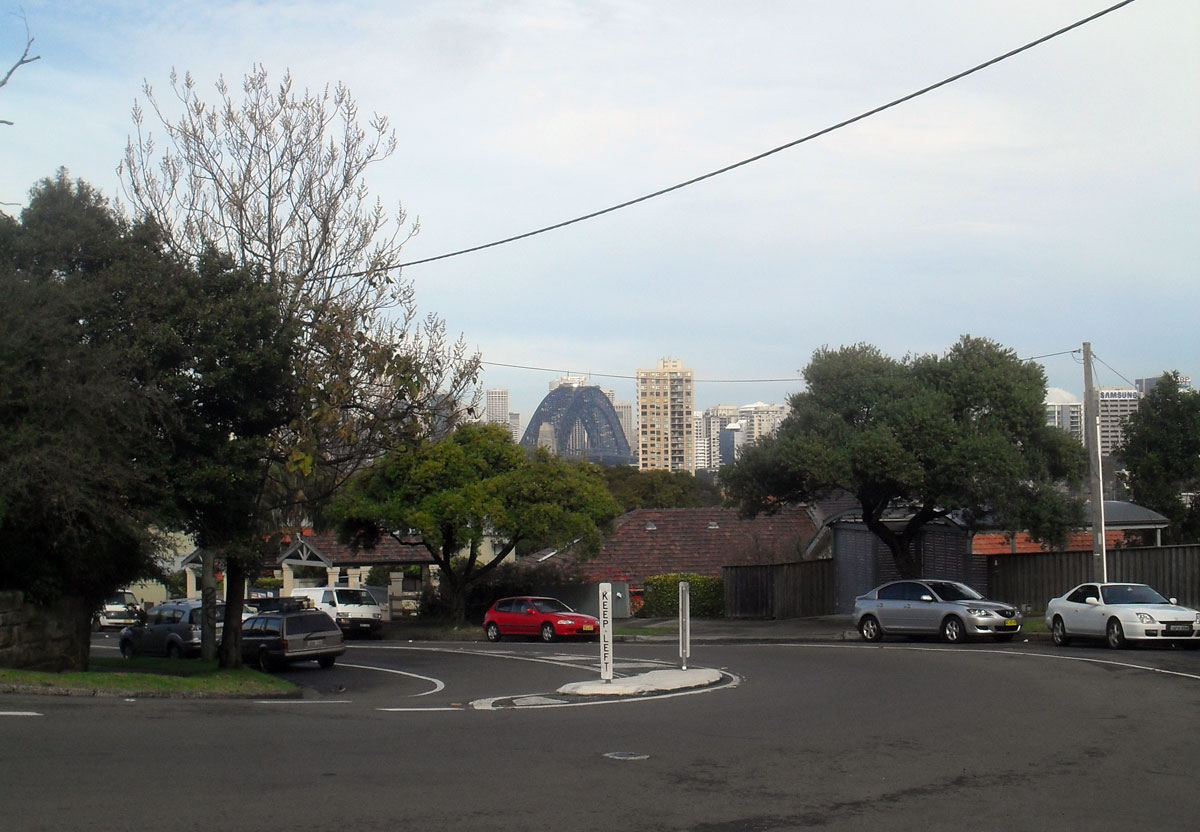 At the end of my last blog I was just about to move into my new flat and also had the possibility of a job on the horizon. Well I can happily say I have ticked off both getting a job and getting a flat within two weeks of arriving back in Australia from Fiji!

I moved into my new flat on 6 June – thankfully being a backpacker there wasn’t any need to rent a removal van to move my paltry belongings across the city! On my first day Danni and Ian very kindly made me dinner whilst I unpacked.

The flat itself is lovely, fairly small, but really nice and I practically have a view of one of the most iconic sights in the world – the Harbour Bridge from our door (see photo above). Seems strange to think that this time last year I was living in Tonbridge and now here I am on the other side of the world with a job and a flat. Equally as strange is that one of my housemates is Danni – who was really the first person I met travelling.

The flat is in a nice part of Sydney called Neutral Bay, to get there it is the first stop on the North Shore, and about 15 minutes walk from the Harbour Bridge. It is a very smart area and just up the roads is a little high street with a host of shops, pubs and cafes. Things have worked out very well.

So on Wednesday 9 June I had a telephone interview for the job at Amnesty International. The position is as a Web Content Editor – basically working in a team that keeps that external website upto date. I had the interview at 10.15am and was offered the job at 11am – I start tomorrow!

That was a weight off my mind, as I now know I will have an income coming in, and what is more I am being paid more than I ever have been in England – although having said that my outgoings on rent and food are higher as Australia is SO expensive!

I caught up with Trish again for a few drinks in the week and then on Friday (11 June) the World Cup started. Unfortunately due to me being in Australia the games are at completely the wrong time, which was illustrated by the first England game on Saturday (12 June). Me, Pete and a few others headed out to PJ O’Briens in the city at 8.30pm to watch the rugby and then we went to the Star City Casino to watch England v USA, although the game didn’t kick off until 4.30am! The game itself was poor as England scraped to a 1-1 draw and I got home and to bed about 8.30am!

One thing I have noticed about winter here is that during the day the weather is lovely – like a nice Spring day in England – maybe 16/17 degrees and you can walk around in jeans and t-shirt and not feel cold at all. However the evenings are a different story. Our flat, along with lots of other places, doesn’t have central heating our double glazing, so in the evenings when it gets down to about 6 or 7 degrees it is freezing! I have had to buy some thick flannelette pyjamas and a fan heater – I didn’t envisage this when I thought about living in Australia!

Anyway today (Monday 14 June) is a bank holiday as it is the Queen’s birthday, so I have stock up on food and made my lunch for work next week. I did travel into where I will be working early this week just so I know where it is. It is in a suburb called Chippendale, near Redfern train station, and it seems nice enough. Anyway a little nervous as tomorrow will be my first day at work for nearly ten months!