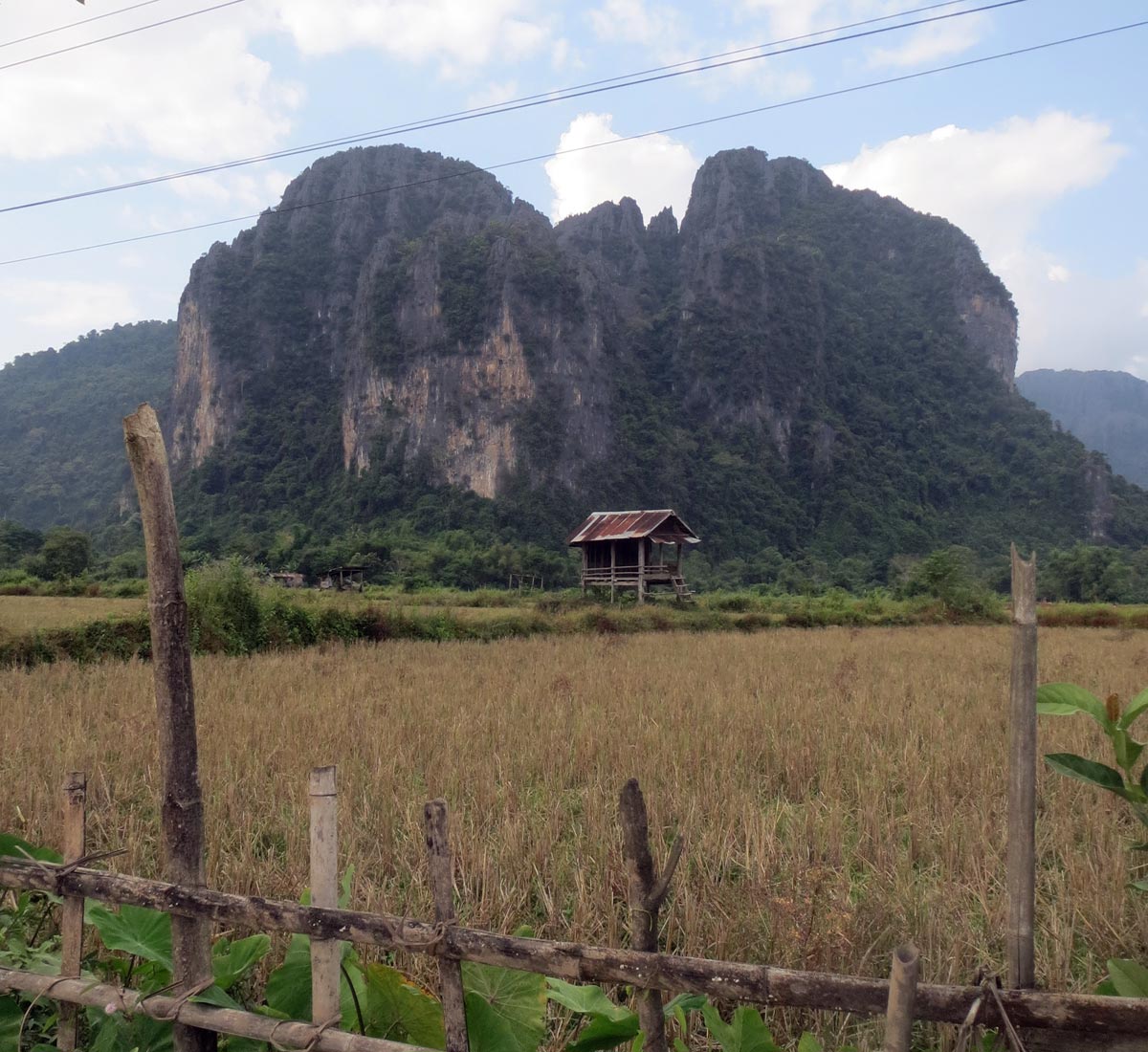 Back in 2009 I went to Vang Vieng to go tubing – it ended up being a disaster. I was looking forward to exorcising my demons when I went back this week. Forgetting the disaster, wiping the slate clean, having the best time ever.

Before that I had a lovely few days in Luang Prabang with Jessie and Marnel. The town definitely seems much busier than I remember, but many of the same places are there from when I visited five years ago.

It was even more of a disaster.

Water way to have fun

On Sunday we visited Tad Sae waterfalls where I went with Ben and Mary when I was a newbie traveller in 2009. The journey to the waterfalls is worth it in its own right – including a beautiful crossing of the Nam Khan River. The water falls themselves are pretty special too and it was nice to soak in the water in the heat

Jessie, Marnel, our Dutch hostel mate Bob and I also went to waterfalls on Monday – visiting Kuang Si Falls just outside of Luang Prabang. These are definitely more equipped for tourists with walkways and bridges linking together a number of waterfalls and pools.

We had a nice hike around the area and literally saw some bears sh*tting in the woods and followed a trail a fair way up the falls to see some amazing views.

I am also happy to confirm that some of my old favorite Luang Prabang hangouts are still there. Utopia – a bar/club the had only just opened when Ben and Mary and I visited was still there and is still aptly named!

Sitting on the Mekong River it is in an enviable position even by Lao standards. We hung out there, played some volleyball and drank some beer one evening and then…

We went to the bowling club!

Laos has a strict 11pm curfew across the country, except for some reason at the random bowling alley on the outskirts of Luang Prabang where you can keep on drinking for a little longer. It is a pretty basic bowling alley, but with cheesy music blaring out and lots of other backpackers there it is quite fun.

We also had an amazing massage (in stark contrast to the one we had at Pai) and spent most evenings wandering around the thriving markets and having dinner at the all you can eat buffet – 10,000 kip (About £1 or $1.30) for some incredible food.

The Luang Prabang I saw was undoubtedly busier than it was 5 years ago, but still retain the same integrity and spirit I remember.

We were up early on Tuesday (around 5am) to get the bus to Vang Vieng. The journey isn’t that far – around 180 kilometres but owing to the basic and winding nature of Laos roads it takes a little while – we arrived in Vang Vieng about 2pm.

Vang Vieng became famous in the early 2000s for tubing. Basically this involved hiring a huge tractor tyre, getting a tuk tuk to a point on the Nam Song River, jumping in the river in the tractor tyre and then floating down the river which has ramshackle bars set up on the river banks.

As you float past a bar a rope is thrown out to you and you are pulled in and get all kinds of drinks and shots and then float down the river to your next bar.

Everyone loves it, everyone has a great time, except me when I was here in 2009 as before we even started I did the first rope swing jump and ended up losing both my contact lenses and spending the next four hours floating down the river barely being able to see. Oh and when we got back to our guesthouse we had been robbed.

A change of scene

The scene here has calmed down considerably – in 2012 apparently 27 people died tubing and since then the Laos Government has placed restrictions on the tubing scene. The number of bars opened has been regulated and cut down and there are no more death trap slides and rope swings set up either.

Still after my last disaster here I was really looking forward to enjoying tubing here, and being able to see everything going on.

I actually ended up seeing even less.

Yesterday Marnel, Jessie and I got our tyres and headed up to the starting point. When we got there Marnel and I realised we probably hadn’t brought out enough money so I volunteered to go back and get some money from our room.

Marnel gave me the code to the padlock and I jumped on a tuk tuk and said I would be right back.

I spent the next 6 hours, with no food, no drink, no money and no way of contacting the girls. I couldn’t get the padlock to open and had no money to a) Get back to the girls, b) Buy any food, c) Buy any drinks, d) Actually do anything.

I wandered around Vang Vieng, and went to the end point of the tubing route and then just waited until Marnel and Jessie emerged, with them wondering what had happened to me.

After an explanation of the calamity we all went out for dinner as they headed back to Luang Prabang this morning and then on to Vietnam.

It is strange be back on my own so I hired a bike to cycle to see the Blue Lagoon and Phu Kam Cave. I’d heard lots of good things about them (they are both basically located in the same place) but I must admit I left feeling a bit underwhelmed.

Laos is such a beautiful country maybe I set my expectations too high. However the cycle ride there was something special, taking in some amazing landscapes. It was also very uncomfortable – the bike must have been about 20 years old and as pretty as it was I was very glad to get back!

Vang Vieng has definitely calmed down and changed a lot since I was last here. It is in such an amazing location, and apparently the Government has helped the town reinvent itself as an adventurers/explorers paradise.

I love the place and will be sad to leave tomorrow when I head to Vientiane.