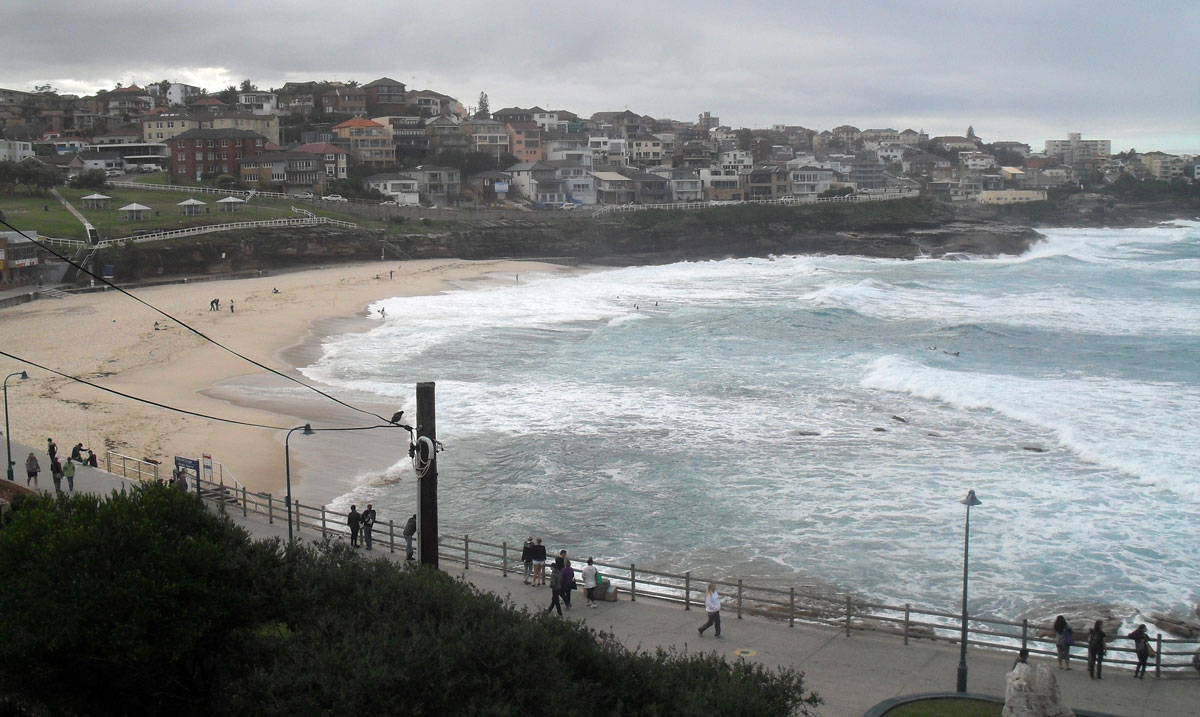 So here is the big news I alluded to at the end of my last blog… I have decided to go back to Sydney to try and find a job and a place to live!

When I booked up my Round the World ticket all those months ago I was going to fly from Fiji to LA and then travel the West coast of America, however I have changed my mind for a couple of reasons.

Things have worked out rather fortuitously for me again as my friend Tim, whom I worked with in Tonbridge and who now lives in Sydney, has been able to put me up for a couple of weeks. Me arriving back from Fiji coincided with his wife heading back home to England for a couple of weeks. So I have been able to have a proper base to sort stuff out and send my CV to recruitment agencies.

It was Tim who picked me up from the airport when I flew in from Fiji, arriving around 9.30pm on 25 May. His house is in a nice coastal suburb of Sydney called Clovelly and it has been good to have some home comforts after staying hostels or backpacker guesthouses for so long.

Unfortunately I am back right in the middle of the Australian winter and whilst the temperatures are still pleasant enough (around 16/17 Celsius during the day) there has been A LOT of rain!

I have a new flat!

I could only stay at Tim’s for a couple of weeks, so I have been looking for a permanent place to live and can happily say I have got that sorted – I will be moving in with my friend Danni, who I met on literally my second ever day backpacking all those months ago, and her Australian boyfriend Ian.

I met up with them on Wednesday 26 May, as Danni knew I was heading back to Sydney and said they had a spare room going. Their flat is in a suburb called Neutral Bay, which is just over the Harbour Bridge, and in fact you can pretty much see the Harbour Bridge from the flat! The flat is really nice and I am moving in there tomorrow. So that is the place to live sorted, now I just need a job!

Things are looking positive on the job front too. I’ve signed up to numerous recruitment agencies and one of them told me they might have something for me working for Amnesty International in the city – a writing for web based job. I have an interview on Tuesday (8 June) so fingers crossed, if I get that then everything is falling into place!

Catching up with old friends

So aside from trying to sort out somewhere to live and a job, I’ve been exploring city a bit, I’ve wandered around Bondi Junction, the CBD and the area on the coast where Tim lives, as there is a lovely walk along the seafront that stretches for miles.

I’ve also caught up with quite a few friends, I’ve been out for drinks with Pete and his friends – whom I pretty much count as my friends now as well – including one long drinking session at the great Lowenbrau Beer Cellar in the city! I’ve also met up with Sarah, a girl who was on the Kiwi Experience bus with me, we were having a great time hanging out around the Opera House until 1) it started to pour down and 2) her shoes split in the middle of the deluge!

Then I met up with Trish, who I had a great time with on the Gili Islands back in November and Sandra – who I met in Byron Bay, and who was in Sydney for a couple of nights. Finally last night (4 June) Tim hosted a poker night so we stayed up until the early hours playing cards. Despite not really knowing what I was going I did manage to win a few games.

This morning we had a rather amusing situation. Tim is selling his house and he had an open morning. Things are rather different in Australia to England, in Australia basically the house is opened up for a morning and anyone can just wander around in much the same way you might wander into an art gallery or museum.

Anyway as I mentioned Tim’s wife and their baby son are back in England for a couple of weeks, and I am sure anyone viewing the house must have thought Tim and I were a couple as we stood there in his front room surrounded by baby toys and paraphernalia!

So as I mentioned tomorrow (6 June) I move into my new flat – but again I have been very lucky to have a good friend put me up. We’ve had a good few evenings in chatting and having a beer or two and I will certainly see Tim again over the next few months in Sydney.